There’s a different level of commitment when your name’s on the product you’re selling! Being family owned and operated means one thing…they care about every customer and every bottle of wine they produce!!  That’s what you’ll get when you visit Stinson Vineyards 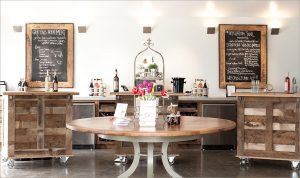 Stinson Vineyards is a family-owned estate winery in Virginia’s Blue Ridge Mountains specializing in small lot wines with a distinct French influence. The father/daughter team of Scott Stinson and Rachel Stinson Vrooman was joined by Rachel’s husband Nathan Vrooman in 2015. They take inspiration from “garagiste” wineries of France, in both their winemaking techniques and the winery itself, which is built into an old three car garage. The wines of Stinson Vineyards are enjoying growing critical acclaim, and the winery has become a visitor destination for its fine wines, stunning views, and artisan farm store.

Wines are made on premises by husband/wife winemaking team of Nathan Vrooman and Rachel Stinson Vrooman. The Stinsons are devotees of French wines, especially those from the Bordeaux and Loire Valley regions. Traditional French winemaking methods are employed under the guidance of winemaking consultant Matthieu Finot, including whole berry fermentation for reds and sur lie aging (on the spent yeast lees) for whites.  Focus is placed on European-style wines that emphasize subtlety and complexity rather than power and super-ripeness of West Coast wines. 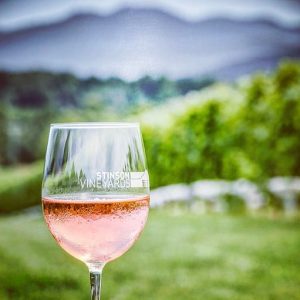 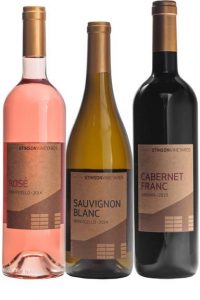 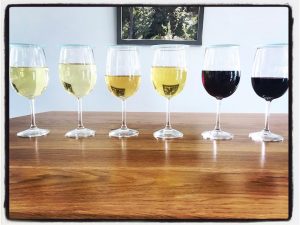 Stinson Vineyards’ winery and tasting room are designed by owner/architect Scott Stinson. Built into an existing three car garage on the property, the facility is a true small scale “garagiste” winery offering stunning 360-degree views of the surrounding mountains. 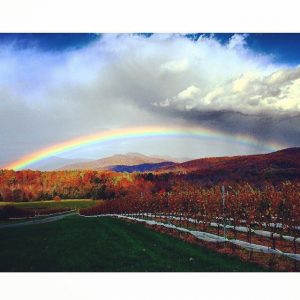 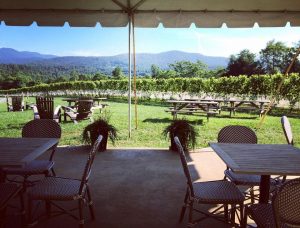 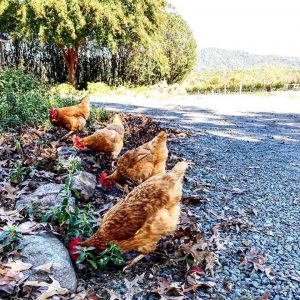 The first vines at Piedmont House were planted over 40 years ago by Gabriele Rausse. Primarily consisting of Cabernet Sauvignon grapes, the vineyard fell into disrepair through multiple changes in owners. After tearing the disease-ridden vines out on the recommendation of renowned viticulturist and vineyard consultant Lucie Morton, the long neglected soil has been returned to a growable state.

Carefully sourced fruit from other Virginia growers adds the complexity of different terroirs and microclimates to the wines. Grapes come from as far North as Virginia’s Shenandoah Valley and as close as Mount Juliet/Grace Estates.