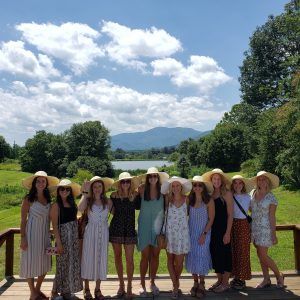 The History Behind Norm's Executive Transportation

Born and raised in Texas, Norm grew up farming and ranching with his father on their family owned and run farm/ranch but, he wanted more out of life so, at the age of 18 he joined the United States Marine Corps where he served for 6 years, reaching the rank of Sergeant. Unfortunately, due to a knee injury, Norm couldn't finish out his 20 years of service that he wanted to do. After some physical therapy and rehabilitation on his knee, Norm was back to 100% and he started a career in Law Enforcement. After serving his community as a Law Enforcement Officer for 10 years in the capacities of Road Deputy, Shift Supervisor, Undercover Narcotics Officer and Lead Investigator, Norm decided it was time for a change and knew there was something better out there for him and his family. After driving part time for a limousine company and part time for a taxi service in the Charlottesville area, he decided to combine the best of the two services and opened his own company in January of 2010, thus, Norm's Taxi Service was born. For 7 years, Norm built up a long list of satisfied clientele operating as a "Taxi Service" but, providing more of a limousine quality experience where he specialized in wine tours in the Charlottesville and surrounding areas. During those 7 years, Norm added 3 additional drivers, one of which was his wife, Heather, to help him out with his growing list of satisfied customers. He then began to expand his executive transportation services for airport transportation, covering Charlottesville Airport, Dulles Airport, Richmond Airport, Reagan Airport and Baltimore Washington Airport. In 2017, Norm retired the "Taxi Service" and became Norm's Executive Transportation, LLC. With an already expansive list of repeat and satisfied customers, Norm, with the extraordinary aid of Heather, really began to focus on the Executive Airport Transportation and the Winery, Brewery and Distillery Tour services that his company already offered. A part of that focus was in fine tuning their services for Bachelor and Bachelorette parties, girls or guys weekend getaways, friends and family weekends and bride and groom wedding transportation. With Norm & Heather working side-by-side, hand-in-hand, they have grown the company to employee 22 part time drivers and countless, happy customers, both new & returning, they have cultivated personal, long lasting relationships with different professional/executive businesses, vineyards, breweries, hard cider and distillery companies in and around the Charlottesville area. In 2020, Norm's Executive Transportation hopes to continue it's growth by adding more drivers and more new customers. We would love it if you were one of them.